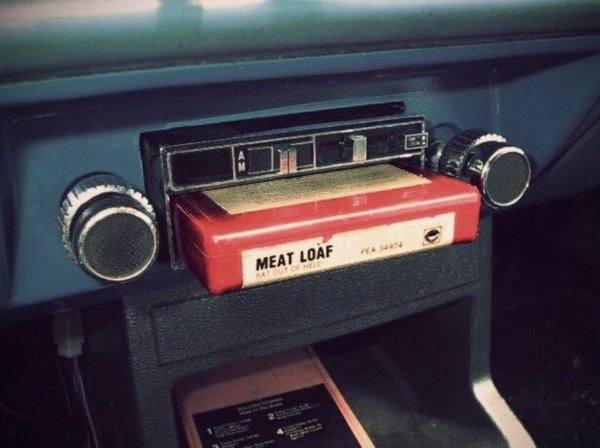 Learning to drive is a teenage rite of passage for most, and more life-changing than earlier stages like riding a bike. Up until that point, there was a tendency to stay close to home, since if you rode too far, you had to make sure you could still get home before dark. It’s the first real taste of freedom and independence, allowing young adults to get away from their parental home (and parental supervision).

Across most of the country, kids get their learners’ permits around age 15, and start getting some minimal practice in a parking lot with their parent sitting in the right-hand passenger seat, gripping the armrest, both hands on the dash, and pushing down on an imaginary brake pedal while trying to persuade their teenager that they have every confidence in their kids’ ability to avoid killing them both.

Back in 1970s Indiana, kids entered the age of mobility with differing levels of skill. Some kids had been driving tractors and farm trucks since they were able to reach the pedals and see over the steering wheel, while others hadn’t even been allowed to sit in the front seat yet. Still, another group had never even ridden in a car facing forward, since they were relegated to the rear-facing jump seat in the back of the station wagon, minivans still being a decade away.

The first stage of independence was to get that all-important learners’ permit. Some parents signed off with no qualms, while others put grades or other accomplishment as a pre-requisite to getting that Golden Ticket. I still remember standing in line with my Mom at the Kokomo BMV, which at the time was in a non-descript brick building in an industrial section of town. She reminded me that I needed to be on my best behavior for the next six months if I were to get my license.

To give kids a baseline of safety and automotive skill, we all had to go training that consisted of a certain number of classroom hours, followed by behind-the-wheel instruction. If you passed the class, and got the OK from your driving instructor, 30 days after your 16th birthday, you were allowed to take the exam – but first, you had to get through Drivers Ed.

The classroom part was simple enough – cram 200 kids in a large lecture hall and tell them the basics of road signs, speed limits and legal requirements. Sounds easy, but this was 200 hormonal adolescents eager to get on the road, so the teachers had their hands full.

When you get that many kids together, pranks will ensue. A large lecture hall just begged for paper airplane competitions. One kid could imitate the sound of a dripping pipe, which would drive the teacher crazy trying to locate the leak, or at least the sound. One time, I brought a whoopee cushion to class, and we had a gas (pardon the pun) slipping it under unsuspecting students until the teacher took it away.

To impart the gravity of the responsibility we were about to take on, part of the class involved watching a movie on traffic safety. Now, this wasn’t some Hollywood production or ABC After School Special on the importance of keeping your hands at 10 and 2. It was a film (from 1959!) by the Ohio State Patrol called “Signal 30”, which featured funereal music and a somber narrator about the dangers of the highway.

I guess, back in the 1950s and 60s, the Ohio State Patrol had a film crew that tagged along whenever there was a highway fatality, and recorded an up-close documentary of traffic accidents, complete with the dead bodies still in (or out) of the vehicles. It was meant to shock, and it did. As I watched the movie, I thought everything was OK, until someone next to me said, “Man, are you OK?” I hadn’t realized that, while watching the movie, I was starting to sweat….and started turning about 3 shades of green.

Once I realized what was happening, it was everything I could do to not call attention to myself, but as my hands got clammy and my mouth started watering, I knew it was a losing battle. It wasn’t a question of whether I was going to get sick, it was only a question of where. As yet another full-color accident displayed on the movie screen, I knew I was a goner. I got up, struggled down the row of kids, stepped over feet as best I could, and when I cleared the row, strode down the aisle, into the hall, and straight to the boys’ room.

Once I got into the restroom, I went straight for the nearest stall, hit my knees, and bowed to the porcelain god. After losing breakfast (and lunch), I staggered to my feet, pulled myself along the wall and stood at the sink, looking whiter than the inside of a Twinkie. I splashed my face with cold water, and after a few minutes, felt strong enough to return to face my classmates.

There is no way to ‘sneak’ into a classroom of 200 teenagers. I pulled the door open, strode forward, and tried to take the most direct route to my seat. As I walked, looking down, a smattering of applause broke out until the teacher shushed the disruption. I sat down in my seat, feeling the warmth of embarrassment bring some color back to my face. The kid next to me leaned over and whispered, “we were taking bets as to whether you’d make it or blow chunks before you hit the hallway.”