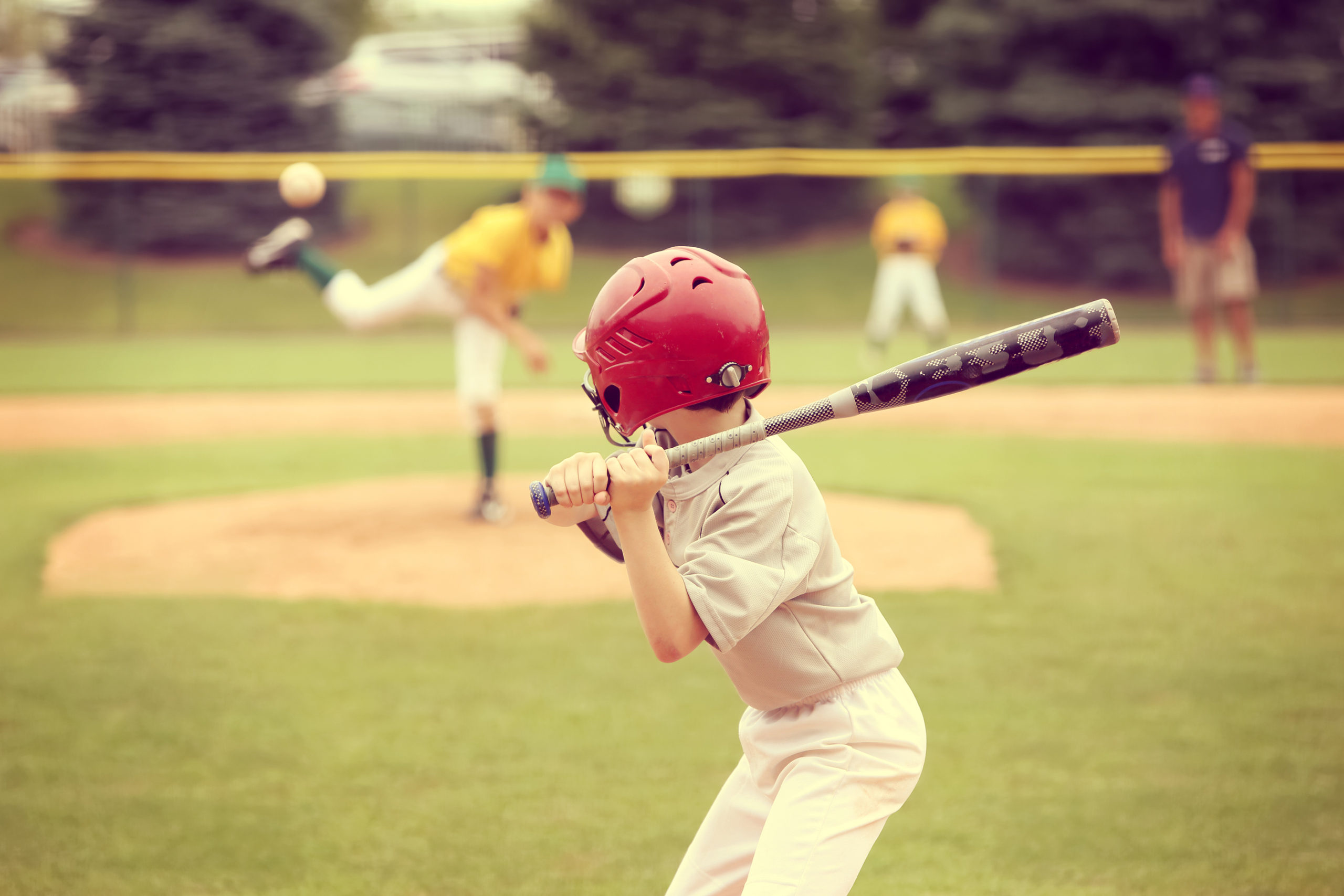 In Indiana, once the state basketball tournament is over, there’s a point where folks realize that Spring is on the way. Farmers start plowing their fields, flowers start to poke their head above ground, and Little League baseball tryouts get under way.

In the Midwest, baseball is a big deal for a lot of people, probably more than football or (gasp!) basketball – because while school teams are very popular, there are only so many slots on a team, With Little League Baseball, almost every kid in the county is on a team of one form or another, with dads vicariously living out their major-league dreams through their 9-12 year old boys.

Note that I said ‘almost’. In order to play on a Little League team, you had to try out, which consisted of publicly demonstrating your hitting, throwing and fielding skills (or lack thereof) in front of coaches and fans to see if you were good enough to get picked up by a team.

Expectations were high that I’d get picked up by my brother Jim’s team. He joined Little League the year before, and at 10 years old, was already one of the top players on the team. He was fast, scrappy and determined, and great skills across the board.

I wasn’t nearly as good. I could run pretty fast, but wasn’t good at hitting the ball, and catching it was even trickier. It wasn’t for lack of practice – between my brother and the Rist brothers down the street, we were always practicing, I just didn’t have the same natural ability as the others.

So, while Jim got assigned to his team again, I didn’t quite make the ‘majors’ in Little League. I got assigned to the minor division, which was also called “Farm League.” Not making the regular team was enough of a disappointment, but being assigned to the Farm League team was a stigma that followed from the practice field to games, and even to school.

It wasn’t that we weren’t learning or that we didn’t have fun, it was just that expectations were a bit lower for us than they were for the more skilled kids, which wasn’t necessarily a bad thing. Since nobody expected much, when one of us made contact and got a big hit, the cheers were a lot bigger.

I also learned to take advantage of what skills I did have – since everybody else’s throwing and catching skills were as bad as mine, I learned to exploit my running speed. If I got on base (usually due to a walk), I’d jog down to first base, and instead of stopping at the bag, I’d make a hard left turn and sprint to second in a steal attempt.

From there, the results were predictable. The catcher or pitcher would try to throw me out, but between the lack of throwing or catching skill, the ball would likely bounce into centerfield…and I’d jump up to sprint to 3rd. When that throw went awry, the 3rd base coach would wave me towards home – so I think I set a record for walks that turned into runs.

Eventually, word got around, and the other teams worked on getting the throw to 2nd base before I got there….so I focused on stealing bases when I could, and trying not to get thrown out. I still sucked at the throwing and catching part, though.

A lot of the games in Farm League were typically low-scoring affairs, because of the lack of skill between the pitchers and batters. Occasionally, however, a kid would connect with a ball, and all hell would break loose, with players scrambling across the field in pursuit of the ball and runners on base sprinting around the diamond.

If the disparity between the opposing teams got too great, there was a 10-run rule that would end the game early, which was a merciful gesture at times. At that point, both teams would go through a ritual of shaking hands with the other team, and we’d both retire to the concession stand in pursuit of candy and sodas, forgetting any previous embarrassment on the field.