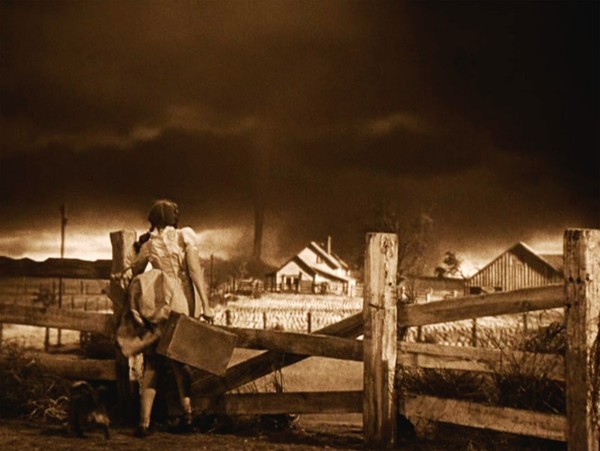 Part of growing up in Indiana is dealing with the unpredictable weather. There’s a saying that goes, “If you don’t like the weather, stick around for 5 minutes….It’ll change.” We’d have snow as early as Halloween, or as late as April, and sometimes have 4 seasons in one day. I got used to the unpredictable nature of weather, and enjoyed Summer, Fall and Winter. Every Spring, we’d get ready for….tornado season.

Indiana is right in the middle of what’s known as “Tornado Alley”. During the Spring, hot, moist air gets blown up from the South, mixing with colder, dry air from the North, and combined with the widely varying Spring temperatures, we’d get volatile Spring weather to go along with it.

When I was 4 years old, a lot of my home town was damaged by a major tornado that caused widespread havoc across 3 states. I remember sitting in the back of my Mom’s Ford Fairlane as we drove around to see the after effects. Roofs were damaged, signs were knocked down, and some houses were blown down to the foundation. Some nearby towns were completely destroyed. The town of Russiaville had 90% of its structures damaged, and Alto, which means “Stop” in Spanish, was little more than a 4-way stop sign after the storm.

Having gone through that, you’d think we’d be on the lookout for tornado weather, and you’d be right. Whenever the sky got a little too dark for daytime, we’d start scanning the skies. When the trees and power lines looked white against the dark clouds, it was time to sprint for home, and turn on the television or radio to see if there was news of an approaching storm.

After the Palm Sunday tornado, the National Weather Service developed a warning system to distinguish between likely tornado weather and an actual sighting. A tornado “Watch” was issued when conditions were likely to spawn a severe storm, and a tornado “Warning” meant that the a funnel cloud had been sighted and to seek shelter immediately.

In 1965, we moved into a new house that we built next door to my grandmother’s house, where we lived during its construction. During a tornado warning, you were instructed to go to the basement. My grandmother’s house technically had a ‘basement’, but it was pretty much a hole over which the house was built….meaning that if you went into the basement, you were braver than the basement’s spiders, mice and camel crickets that went scurrying when you clambered down the stairs.

Our new house wasn’t fancy, but it did have a finished basement. That meant, if a tornado watch was issued, we’d head down to the basement…and the neighbors would join us, since their house didn’t have one. We’d huddle downstairs with a bunch of kids and dogs until the all clear was issued.

One time, when the sky got dark, someone heard about a tornado warning on television, so Mom shepherded all the kids down the stairs with our transistor radio, our cat, and dog, Tippy. One of the neighbors came downstairs with their dog, and the adults did their best to keep the kids and dogs from hurting each other.

At some point, the dogs got into it, and bounded up the stairs after each other. We started yelling to try to get them to come back downstairs, but having the run of the house, they were now having the time of their lives. Mom made us stay downstairs until the storm calmed down enough to head back up.

When we heard the ‘all clear’ on the radio, we ran upstairs to find the two dogs perfectly happy and relaxed on the sofa, and Mom promptly shooed them off the furniture. We went outside, and other than a downed branch or two, we seemed to make it through the storm without any damage.

The memory of 1965 stuck with us though, and every time the sky got dark or the Spring temperature dropped suddenly, we’d sprint for home and the safety of the basement. When we moved across town a few years later, our house only had a crawl space, so there were times we were worried that we’d have to cram 8 people into an interior bathroom, but fortunately, that didn’t happen.

Nearly 50 years after the 1965 tornado, my home town had two more tornadoes that followed eerily similar tracks to the earlier storm, with the 2017 tornado missing my former house by less than 100 feet. Fortunately, warning systems and weather prediction has improved dramatically, giving a lot more advance notice of severe weather, giving people more time to get to safety. Still, every Spring, I get a little nervous when the sky gets a bit too dark.