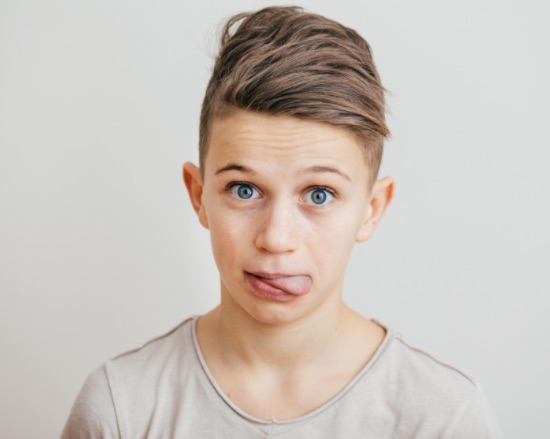 I led a somewhat adventuresome (and accident prone) life as a kid. I ran my arm through a wringer washer, fell out of more than a couple trees, and even got hit by a car. Fortunately, we had good insurance, because I was a frequent presence in the local hospital emergency room.

One hot summer day in Kokomo, I was playing in the back yard of a house on Lordemann street with my siblings and other assorted neighborhood kids, most of us related in one way or another. We had filled up an inflatable kiddie pool behind the house, and were jumping from the back steps to see who could make the biggest splash.

I made a couple leaps and was having fun, so I decided to take a running leap to make the biggest possible splash. Just as I got to the steps, I tripped, and went end-over-end, landing face down into the pool. Not my most elegant dive, gaining only a 3.3 from the Bulgarian judge.

As soon as my face hit water (then vinyl, covering the rocky dirt underneath), I hit my jaw, and my mouth REALLY hurt. As soon as I stood up, the other kids went EEEEEWWWWWW!!!! and I realized that had bitten down on my tongue, and blood was now running out of the sides of my mouth.

I sprinted the three quarters of a block to my house on Ohio street, followed by a running parade of kids, holding my hands over my mouth to keep from leaving a red trail on the floor as I ran inside. Mom asked what was going on, and as I opened my mouth to explain, it immediately became obvious, and the care I exercised to avoid getting blood on the floor negated.

Mom grabbed a towel and barked, “HOLD THIS.” I put it over my mouth, and held it in place with my hand. Mom wiped up the red puddle, and grabbed me by the arm as she dragged me to her yellow and white Ford Fairlane for yet another trip to the ER.

I can’t remember if the car had seat belts or not, but ever time Mom came to a stop, her right arm would reflexively swing out to keep me from sliding forward. As we sped towards the hospital, she reminded me not to get any blood on the seat, so I kept the towel firmly in place.

When we got to St. Joseph’s, Mom parked the car and led me by the hand into the waiting room. By this time, the towel was starting to show evidence of what I was hiding, and as soon as the receptionist got us signed in, we were ushered to a back room to get checked out.

It didn’t take long in those days to get a doctor, who expressed his concern with serious sounding ums and ahs, along with the occasional “I see.” After having me rinse my mouth out a few times, he assessed that I didn’t need stitches, but that I’d need to be careful eating for a few days while it healed, and suggested that I have milk shakes to avoid having to chew. I was happy to comply.

After about a week, I had healed up to the point where I could actually chew food, but I stuck to soft ‘foods’ like Wonder bread and rice pudding for about another week before I was brave enough to step up to anything tough, like a McDonald’s hamburger.