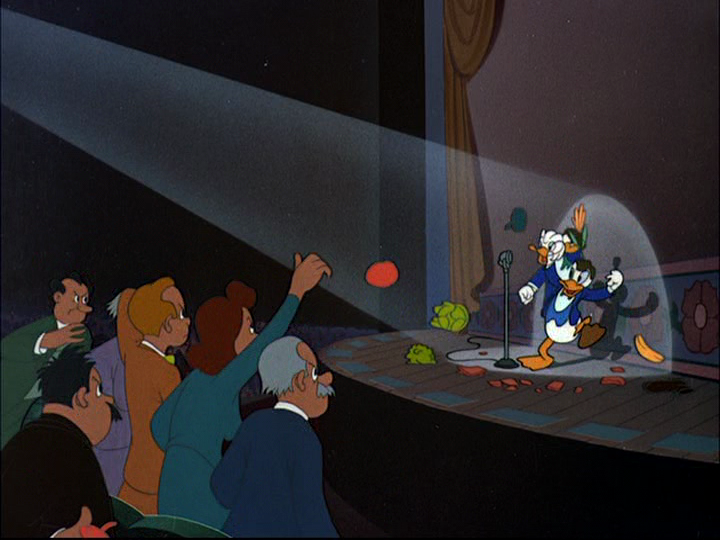 In Ancient Rome, throwing an apple at someone was considered a sign of affection, or even a potential marriage proposal. When I was a kid, throwing a piece of fruit was a way to work on your throwing arm. The further and harder you could throw, the more you rose up in the neighborhood kid prestige rankings. Even better if you could tag an older kid, and you got the most points if you landed a big, messy, over-ripe piece of fruit on your sworn enemy – a neighborhood girl.

We lived on a block that we called The Orchard, which was probably that at one time, before houses were built on it. My cousins lived in houses that surrounded the block, and we would search the apple, pear and plum trees for the biggest, messiest pieces of fruit for combat. For my part, I was just as much the target as I was the thrower, but being small and fast was an advantage. I used my speed and smarts to outrun, outwit or outlast the bigger kids in the neighborhood.

My brother Jim and I frequently traded fruit-based volleys back and forth, with both of us scoring hits as our aim improved. We also played larger games with the neighborhood cousins, putting together ‘armies’ that would lob our garden grenades at the opposition. We’d fight until we ran out of fruit or patience, and both sides would stagger away from the battle, bruised and ‘bloodied’ with tomato stains on our clothes.

One day, my sister Pam and her cousin Mary were ‘laying out’ underneath a pear tree in my Grandmother’s side yard. In those days, girls would slather themselves in baby oil, attempting to tan. Since we were of Scots-Irish descent, we would just as often freckle or burn as opposed to tan, but the girls were determined to brown as much as they could.

I climbed the pear tree while they listened to the radio, oblivious to my presence. I climbed higher and higher to find the ripest, juiciest pears I could – not to eat, but to use as ammunition. Pam and Mary continued to sun themselves, unaware of the fruity barrage that was about to rain down on them.

I reached for the first pear. A small one, but it would do.
“Bombs away!” I yelled, as I hurled the first pear at their blanket. Missed.
Pam glared and yelled up at me. “You better not hit us, or I’ll whip your butt!”
I yelled back – “You’ve got to catch me first!”
Pam countered – “Just wait until you get down from that tree!”

Knowing that I was running out of time to score a direct hit, I climbed out on to a branch where I saw an absolutely rotten pear, just waiting to find its mark. I shinnied out the limb, and saw that I could ALMOST reach it. I stretched my arm out further, leaned forward, and….

Just as I reached for the pear, the branch gave way under my 45 pound body weight, sending the pear, branch and me, hurtling towards the earth. Pam and Mary didn’t have time to get out of the way before the branch and I landed on top of them. They were mad, but unhurt. In my case, unfortunately, I put my arm out to break my fall….and promptly broke my forearm.

I howled in pain while Pam ran in to Grandma’s house to get an adult to take me to the hospital. Grandma put me in the car while I held my arm up so that it didn’t hurt as much. Once we got to the hospital, Mom arrived in time to see the cast being wrapped around my arm.

Mom sighed loudly. “What happened THIS time?”
“I fell out of a tree.”
“What were you doing that made you fall?”
I looked down. “Throwing pears at my sister.”
Mom looked stern but tried to suppress a smile. “Well, I guess you won’t be doing THAT again, will you?”