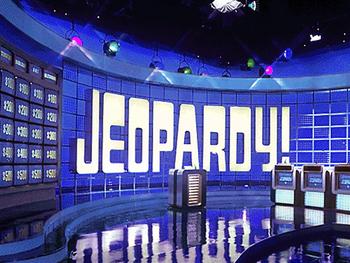 Ever since I can remember, I’ve wanted to be the first to find the answer, unfold the mystery or solve the problem. That’s been true whether it was a spelling bee, board game or solving problems on the chalkboard at the front of the class. I thought of it as being smart, most others considered me more of a smart-aleck.

In sixth grade at Western Elementary School in Russiaville, Indiana, we had a new teacher join the faculty. Mr Greenfield was bright, young and enthusiastic. Every morning he greeted our class with a smile, which means that we hadn’t had enough time to wear him down just yet.

In sixth grade, we had started to have different teachers for specific subjects. While we started in Mr. Greenfield’s home room, his specialty was science, and he was determined to spark the creative minds of his students. To get things going, Mr. G would post a “Question of the Day” on the board, with the first person to get the answer earning points towards a prize.

From day one, I was determined to be the first one with the answer. Mr. G would post the question first thing in the morning, and Mike Christopher, Mike Martin and I would rush to the board to see who could answer it first. Some times, one of us would be able to blurt out the answer immediately, but other times, the question would take some research, like when he asked us to figure out how that drinking bird toy actually worked.*

At the first, lots of kids answered individual questions, but as the year wore on, it came down to a coin flip as to who would get the answer first. Mr. G upped the difficulty of questions as the competition got more intense. Questions required going to the encyclopedia or dictionary because Google was still a few decades away.

As the interest and competition became more fevered, Mr. G had to find ways to keep us focused on the other work we had to do. Instead of posting the question at the beginning of class, he’d shift the times around, sometimes posting at the start of the day, other times waiting until lunch or recess. Eventually, he had to put a rule in place that made us stay in our seats until a break….at which time, there would be a sprint over chairs and desks to be the first one to the board.

Mr. G had us break down the characteristics of atoms and chemical elements, explain the differences between inherited and acquired traits, and why water freezes at one temperature and becomes vapor at another. We were focused on the competition, but didn’t realize that we were being tricked into learning all about science.

By the end of the semester, it was down to tight race between me and Mike Martin. By this point, I can’t even remember the winning question, but I walked into class and saw it on the board. I blurted out a guess, which happened to be the correct one, which earned me a candy bar. Like any good scientist, Mr. G knew that food rewards were a reliable predictor of future behavior.

As an adult, I’ve been a fan of quiz shows, board games and have even tested for Jeopardy a few times. I haven’t made it on the show (yet), but my daughter got to an in-person audition, so there’s hope for the next generation.

*By the way, the drinking bird works by a combination of evaporation and vapor pressure, making the head or tail heavy enough to bob up and down. So now you know. 😀