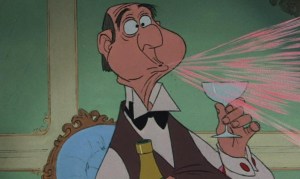 I’ve always loved going to the movies. The dark theater was a break from the everyday, with the sights of coming attractions, the smell of popcorn and the spectacle that was about to unfold on the big screen.

As a kid, we didn’t have a lot of money, so ti was a big deal to go to the movies. There were two movie theaters in Kokomo, Indiana – the SIPE and ISIS theaters. They were both built in the early 1900s, and from the smell of the carpet, hadn’t been updated much since then. I remember seeing Disney classics like Bambi and The Jungle Book, and was lucky enough to sneak into the balcony a time or two.

Times changed, and the the SIPE burned down when I was 6 years old. The ISIS was still operating, but on the downhill slide (it eventually closed in the 1980s, after a series of owners, and a final phase as an ‘adult’ theater). We moved on to the newer, ‘modern’ theaters that had better equipment, but none of the charm of the old movie palaces.

At the Markland Mall, they had not one, but two! theaters, so you had a choice of movies to watch. I think the first movie I saw there was “Herbie the Love Bug”, which was shown during the theaters’ grand opening (a year after the SIPE burned down). A new theater in Kokomo was a big deal, and the local VW dealer even had a Bug on display with a giant pair of sunglasses.

The Markland theaters were newer and nicer, but the ticket prices were higher, and the snacks were off the charts (even by 1970 price standards). We’d have to save up more from doing extra chores to afford even a small popcorn and soda. Looking at prices today, I don’t think much has changed.

My brother Jim and I would frequently ride our bikes across town to go see movies. I don’t even know if we locked them up outside, but we never had to call home for a ride, so it was still a relatively crime-free time.

Jim was a year older than me, and a lot craftier. He would find ways to surreptitiously sneak snacks into the theater. Candy bars and small snacks were easy to conceal in your pockets, if you didn’t leave them in there too long. If you did, you ended up having to explain why you had so many chocolate stains on your pants when Mom did the laundry.

Jim realized that snacks were much cheaper at the local Ayr-Way store at the end of the mall. When we’d go to movies together, we’d stop off at Ayr-Way first, load up what we could, then head to the movies. As long as the theater people didn’t look too closely, we could sneak in candy, chips and even a can of soda, if we were wearing loose pants.

One day, we rode across town to see “The Cross and the Switchblade” (starring Pat Boone and a young Erik Estrada!). I’m not sure if we chose that movie ourselves, or if Mom, recognizing our budding juvenile delinquency, thought it would do us some good. Still, a movie was a movie, so we set off on our bikes toward the mall.

We made our regular snack stop at Ayr-Way, and Jim realized we didn’t have enough money for the movie and the name brand sodas he preferred. Instead of Sprite or Seven-Up, Jim decided that he’d try something called “Club Soda”. I mean, the label was the same green color as the Sprite can, so it had to taste the same, right?

I chose some knock-off cola, because at least I knew it would be similar to Coca-Cola, even if the prestige level wasn’t as high. At least we weren’t paying movie theater prices. We strode into the theater, handed them our tickets, hoping they didn’t see the soda-can outlines in our front pockets.

The lights went down part-way, and we sat through the previews of coming attractions. Since the theater wasn’t completely dark, we held off on opening our soda cans and giving away our sneaky (yet frugal) plans.

The movie started, and I waited for a loud noise on the screen to open my soda can. Jim waited a little longer, but during a fight scene, I heard his soda can open, and, out of the corner of my eye, saw him tilt it upside down to take a BIG drink…..of plain, unflavored club soda.

You know how, when you take a big drink of what you think is one thing, but it turns out to be something else? It can be quite a shock, especially if you’re 10 years old, and are expecting the refreshing lemon-lime taste of Sprite.

Instead, Jim got the harsh, carbonated full force of unflavored seltzer, and immediately did a Borscht-belt level spit-take, spraying the next three rows with a bubbly barrage of airborne club soda. Fortunately, those rows (and most of the theater were empty, due to the moving being “The Cross and the Switchblade.”

An usher came sprinting down the aisle with a flashlight, shining it around to try and find the culprits, but Jim and I sat as still as statues, believing if we didn’t move, we couldn’t be seen.

Eventually, the usher went back outside, and we watched the rest of the movie. As we left and got to our bikes, Jim took a look at the can label, and said, “Club Soda? This stuff stinks!” and hurled it into the garbage can before we both rode back across town to home.

Today, movie snacks are still expensive, but I’ve found it’s better to pay for it and know what you’re getting, than to risk having to spit out a poor snack choice in the middle of a superhero spectacular.