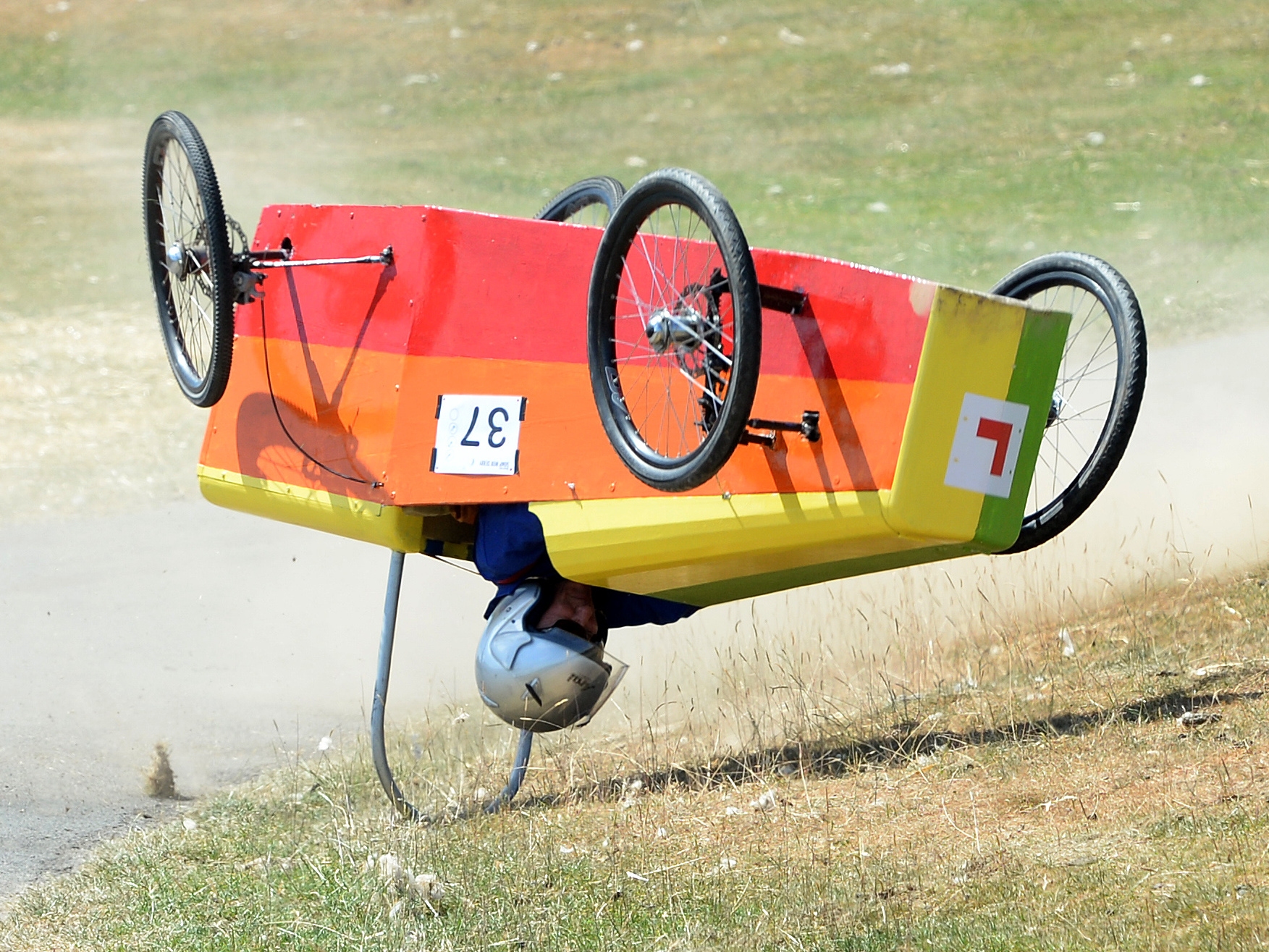 When I was a kid, there was always mischief to be found. Sometimes it ended up in scrapes or bruises, other times, it was only wounded pride. No matter what, Mom was always there to get us back on our feet. Some times, however, we would get into things that we’d rather Mom not find out, like jumping bikes off of ramps or Halloween pranks.

When I was about 11, my brother Jim (12) and I heard about the Soap Box Derby. It was a time-honored tradition since the ’30s, and we were excited about the prospect of building our own cars and racing them down the hill. My Dad was a skilled carpenter, and was happy to help.

We went to the first meeting, where the organizers told us about the character-building benefits of the Soap Box Derby, and the importance of kids doing most of the work on building the cars. We listened attentively, and when we got home, got busy working on the plans.

Dad helped us with the sharp tools and wood cutting, but he was adamant that we do the bulk of the work, after all, that’s what the rules said. He helped us design and build two cars that were rock solid and well-built, with a laminated maple wood shell that would be incredibly expensive to re-create today…..but we actually did the building.

Just before the race, we went to a meeting where one of the organizers was demonstrating how to build a fiberglass racing car shell that was far sleeker than anything an 11 or 12-year-old could build. It turned out that a lot of the other racers’ families had contracted professionals to build their car bodies for them. We knew we were up against some tough competition, but at least we built our own cars.

When our racing heats came, we rolled our cars to the starting line, put on our flimsy plastic ‘helmets’ and got ready for the exciting downhill run. The actual race went about as well as you could expect. I got knocked out the first round, and Jim lost his second heat. At the end, all the top finishers had cars that looked identical, except for the paint jobs, which were also professionally done. We got our cars loaded up in the truck and went home.

When you have a couple of pre-teen boys, with cars that are designed to go downhill, what do you think happens next? We immediately started looking for neighborhood hills to run the cars down, and we were careful that Mom didn’t know what we were doing. Never mind that the street was a heavily-traveled route with a 40 MPH speed limit.

The first few runs were uneventful. Jim and I did the first couple, and the growing neighborhood gang helped us roll them back up the hill. For the next run, Brett, one of the bigger kids down the street took my car, and my kid sister Jennifer took Jim’s car. We got behind to push, and sent them rolling downhill.

At first, they were both going straight – but as they gained speed, we saw Brett’s car veer right, and hook axles with Jennifer’s. We watched in slow-motion horror as the two cars swerved towards the side of the road, with Jennifer’s car flipping into the air and skidding upside down into the ditch.

All the kids sprinted to the scene of the crash, flipping Jennifer’s car back upright, and pulling her from the wreckage. The thin plastic helmet wasn’t very substantial, but there were no apparent cuts, bruises or broken bones. We repeatedly asked her if she was OK, but it took a while for her to actually say anything, from having the wind knocked out of her.

When she finally started to talk, and it was clear that there weren’t going to be any stitches, surgery, slings or casts involved, Jim and I told her the three most important words we could come up with: