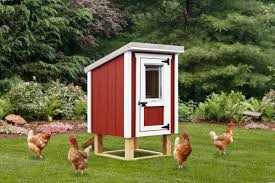 Since we’e been in lockdown for over a month, it’s strange to think about how much has changed in the last few weeks. I’ve been busier than ever with work, but since I’m not commuting (other than up and down the stairs), I’ve had more free time than I’m used to. That being said, I’ve had to work on keeping a routine, because it’s easy to get pulled into TV, political discussions and other less-than-useful activities. I try to keep up on the news, but I’ve become a lot more judicious about what qualifies as ‘news’. When it turns to opinion, I quickly find something else to do.

With the initial panic over supplies calming down, I’ve figured out a rhythm for getting groceries and essentials, and with the weather turning nicer, I’ve been able to get out on the bike more. Keeping active is one of the things I’ve found that helps my mood stay positive. I’ve also made a lot of progress on finishing up my book, which you’ll hear more about soon. There’s a saying that goes something like ‘never let a good crisis go to waste’, so I’ve thought about a few things – you might consider these questions too:

What have you learned about yourself?

I actually don’t mind ‘isolation’ as much as I thought I would. While I’m ‘on stage’ a lot, I’m basically an introvert, and like solitude as much as I do novelty. I’ve gone for bike rides, drives in the car and worked on my guitar playing, which I enjoy…and don’t require a lot of interaction. I do, however, miss connecting with people directly. When that goes away completely, the quiet can be a bit much.

What have you learned about other people?

In the movie Men in Black, Tommy Lee Jones says, “A person is smart. People are dumb, panicky dangerous animals and you know it.” While I’m not going to call anyone dumb, people are fearful of what might happen, and when they are, they can be panicky and dangerous, especially when there’s debate about what the actual facts are. I hope, at some point, we can get to a place where people feel safe enough to let down their guard and discuss how we can make things better, as opposed to trying to win by steamrolling anyone who might disagree. I’ve found that, if I listen a bit more, I might learn something I didn’t know.

What do you miss most?

Restaurants. I miss going out to dinner.

What will you do as things return to ‘normal’, whatever that new normal looks like?

I’m making a conscious choice to be nicer to people. We’re all human, and it’s the one thing I can control. I can’t change what has happened to someone else in the past, but a kind word or nice turn can make a difference for someone else.

What about you? What have you learned? What do you miss? What will you do differently? Let me know what you think.