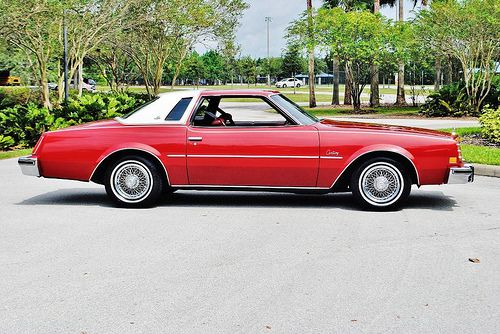 The summer of my 15th year, I wanted nothing more than to get behind the wheel of a large automobile. Even though David Byrne wouldn’t write the song for another couple years, I kept asking myself, “How do I get there?” After getting a head full of classroom knowledge in Drivers’ Ed, we graduated to actual behind-the-wheel training.

At Western High School, in Russiaville, Indiana, the day we moved to actual driving, the high school parking lot looked like a car dealership, with about a dozen shiny new Buicks sat lined up in a row, with 3 times as many teenagers trying to see if they could get the coolest-looking one.

Unfortunately, we were all randomly assigned to different instructors, who had already been slotted to a particular car. Even though there was little difference between the vehicles, we all wanted to be seen in a cool car – even if it had a big, yellow “DRIVERS EDUCATION” sign on top of it.

As we left the classroom, I craned my neck to see who else was in my car. My car had Mark, who was a star athlete and kind of a cut-up, and Ron, who kept mostly to himself. We hoped we had an lenient instructor, who would let us have fun, but our hearts sank when we all learned that it was Mr. Garrison, who happened to be our elementary school gym teacher.

As we strode out into the parking lot, Mr. Garrison pointed us to our mobile classroom, which was a bright red 2-door Buick Regal, with a padded vinyl roof. Even though it was cramped in the back seat, it felt like a much cooler car than the white, beige and brown 4-door Buicks lined up in the back of the parking lot, right at the edge of the cornfield next door.

Mr. Garrison was a no-nonsense type, who wasn’t going to let us get away with anything. The cars even had a brake pedal on the instructor’s side of the car, so we couldn’t even move the car without his approval. I resigned myself to a week of boring reminders to use my turn signals, check my mirrors and keep my hands at 10 and 2.

We drew straws to see who’d get behind the wheel first. I ‘won’, so I was going to get the most scrutiny of the three. We walked around the car to check all the lights and tires, then clambered into the car. After a few minutes of instruction, Mr. Garrison told me to start the car, which I thankfully did on the first try.

As the car idled, he went over his ‘rules’. No speeding, no ‘peeling’ out, no slamming on the brakes. I heard Mark mutter under his breath, …’and no fun’. Mr. Garrison whipped his head around. “What did you say?” Mark swallowed and said, “It’s going to be fun!” Mr. Garrison turned back around, unconvinced.

Mr. G told me to put my foot on the brake and put the car in gear. Forgetting that I had already started the car, I turned the key again, to hear a loud SCREECH! as the starter reminded me that the car was already running. Mr. G said, “Don’t worry about it, just put it into gear and pull out.”

I put the car into Drive, and let my foot off of the brake, and put my right foot on the accelerator. Putting a bit too much pressure on the throttle, the car spewed gravel and fishtailed as it took off from its parking space. Mr G. slammed his foot on the brake and said, “Hold on there, Mario Andretti. Try it again, only EASIER this time.”

I let the car roll forward on the second attempt, and tried to settle in, but was glad when I was told to pull over and switch drivers. I got swapped to the back seat, and Mark took the wheel. He’d clearly had a lot of practice, and Mr. G was a lot less demanding, which made us all relax.

When we switched to Ron, it was clear, this was his first time behind the wheel. He nervously white-knuckled the wheel as we lurched right and left every time he looked in those directions. It took some time for him (and the rest of us) to relax, and we were all glad (including Ron) when it came time to switch again.

As our skills and confidence improved, Mr. G. let us driver further and faster, but the whole time, it was clear that he was in charge, and wasn’t going to let us think any differently. As we wrapped up and met friends back at the school, we heard that some of them drove all the way to Westfield and even stopped at a Dairy Queen.

In our case, we were lucky enough to get Mr. G to sign off on our paperwork, which allowed us to drive for real until we got our actual license, (as long as there was an adult in the car). We quickly ran down our list of ‘friends’ to see who was already 18 and would be willing to put their life at risk while we put our hands on the wheel and foot on the gas.