Trouble with a Capital T 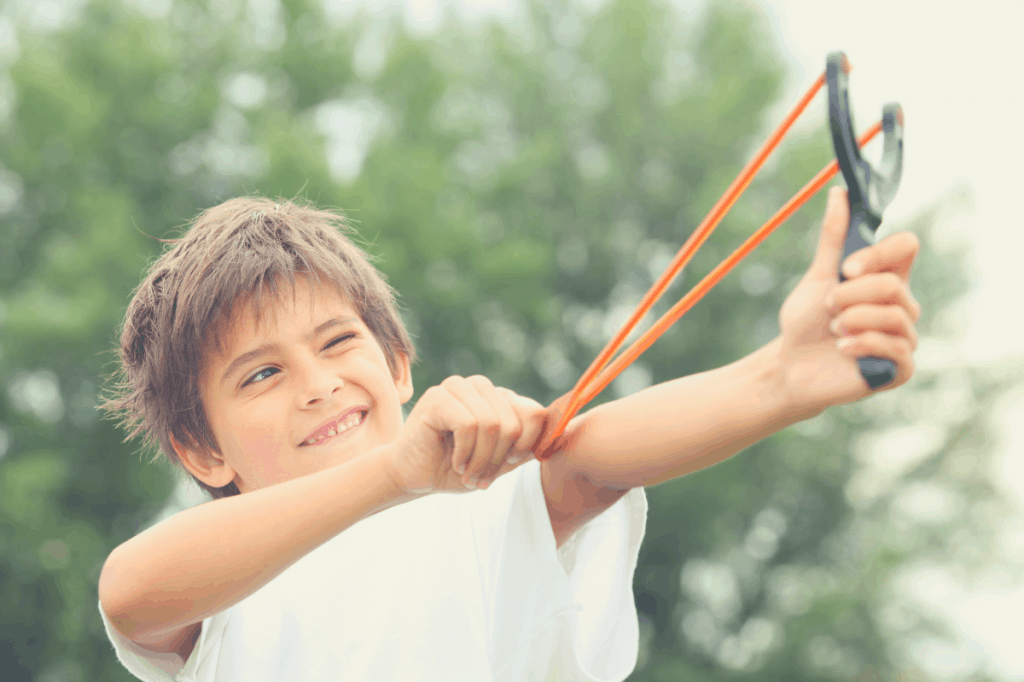 Being precocious is a blessing and a curse. It’s a blessing if you’re the kid who learns how to be the center of attention. It’s a curse for everyone else who has to deal with THAT kid. Well, I was always THAT kid. If there was trouble to be had or mischief to be made, I was pretty close to the center of things.

I started to read at an early age, and would read everything I could get my hands on. Whether it was a book, encyclopedia, magazine or even the back of a cereal box, I would read it. For the most part, it was a harmless trait, and Mom was always glad to see me reading, instead of causing trouble in the neighborhood.

While Mom was at work, I’d spend days at Grandma’s house next door. In addition to her Funk and Wagnall’s encyclopedia set, magazines would arrive every few weeks. Sometimes it was Grandma’s TV Guide or Good Old Days magazine, other times, it was my uncles’ Field and Stream. Since two uncles were firefighters, they’d get their Fire Fighter Quarterly. I’d read them all.

Grandma also had a subscription to “LOOK” magazine. I think it was a competitor to “LIFE”, only cheaper. Still, every two weeks, a new issue would show up, and I’d read about the latest news and events going on across the world.

In the summer of 1968, there was a lot of news that showed up in the magazine. Bobby Kennedy and Martin Luther King were assassinated, and riots swept across the country. There were even riots in my home town of Kokomo, Indiana.

All of this news eventually ended up in LOOK, and I’d read, fascinated about all the upheaval going on across the country and wondering why people were so upset. But what fascinated me most was reading about what people did in those riots.

There were the usual stories about fist fights, vandalism and police breaking up the demonstration, but I also read about what weapons the rioters used. I was riveted reading about something called a “Molotov Cocktail.” Now, being 7 years old, I didn’t have an appreciation of its World War II origins, but I could understand that it made quite a spectacle….

….so I decided to try and build one myself.

My uncles weren’t allowed to drink at Grandma’s house, but I was able to find an empty beer bottle in her garage. I found the lawn mower gas can, and set it aside for later. I rifled through my uncle’s bedroom to find other things I thought were useful. I was able to find things like BB’s, and even a few bullets. This wasn’t going to be just your run-of-the-mill incendiary device, this was REALLY going to go off with a bang.

I took all the items out to the garage, and poured the BB’s and bullets into the beer bottle. I filled the bottle with gasoline, and found and old rag to stuff into the top of the bottle. Next, I found my uncle’s unattended Zippo lighter, and went out into the back yard to demonstrate my pyrotechnic prowess.

At this point, Grandma started looking around the house for me. She knew I was around, but hadn’t heard anything being moved around or knocked off a shelf, so of course, she became suspicious that I might be up to no good. She walked from the kitchen into each room of the house, drying her hands off on her apron, and calling my name.

As she wandered back through the kitchen, she spied me in the back yard out of the corner of her eye. She couldn’t tell what I was up to, but she saw that I had a cigarette lighter in one hand, and a rag-stuffed bottle in the other. Even though she was heavy-set and in her ’60s, Grandma could move pretty fast when she wanted to.

I heard the garage door swing open, but kept trying to get the lighter going. I was going to light the rag and hurl this fire bomb as far as I could, but at age 7, it wouldn’t be nearly far enough. Before I could get it lit, Grandma lunged forward, and snatched the lighter out of my hand.

“What do you THINK you’re doing?”

“What in the world is in the bottle?”

Grandma grabbed the bottle, poured the gasoline back into the can, and sealed it shut. She dried off the BB’s and bullets, and put them in a box to keep them safe until my uncle could put them in a place where a 7-year old would be a lot less likely to find them.

“Now, you’d better be glad your Mom isn’t home to see this. Get your hind end outside and go play.” Grandma gave me a swat on the rear, and headed back inside.

Grandma did an impressive job of keeping her composure. If she had found me a few seconds later, I might have been able to light that makeshift bomb, and who knows what would have happened. I grumbled something about not ever having any fun, and shuffled off to the neighborhood playground. At least I wouldn’t be blowing anything up out there.