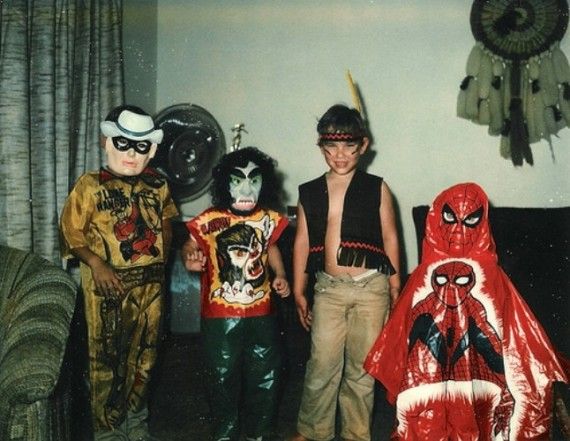 Every Halloween, kids dress up as witches, ghosts and goblins, going from house to house in search of the best candy rewards. As I got older, neighbors were less generous when they saw teenagers lurking in their doorway. When the candy bounty ran down, we turned away from asking for treats, and towards tricks.

In rural 1970s Indiana, the tricks were rarely targeted at individuals, and even more rarely dangerous or damaging. We generally had three tools in our arsenal – Water balloons, corn and soap. This may not seem like a formidable set of prank tools, but we were young, determined and dumb, which can be a dangerous combination.

Water balloons were a high-risk / high-reward option. Since we lived in a rural area, there wasn’t a lot of traffic, and cars drove in straight lines down the country roads. We would hide in the bushes, wait for the sound of an approaching car, and as it cleared the bush, lob a water-filled balloon over the top of the car, hoping to land it on the windshield.

Sometimes we’d miss completely, and waste a balloon. Other times, the car would spot us first, and swerve out of range as it approached. There were other times, however, that we’d land a big wet water bomb right in the middle of the windshield. The driver would slam on the brakes, hit the horn, and hurl expletives in our direction as we all sprinted away, laughing uproariously.

We had to be careful in target selection, however. Once in a while, we’d choose a car driven by someone who could identify the assailants, which would result in the inevitable 9PM call to our houses, asking the parents if they knew what THEIR boys were up to. Those times rarely went well for us, usually resulting in a deserved loss of privilege.

When water balloons were scarce, we turned to the next best option. Corn. If rural Indiana has one thing more abundant than hog farms, basketball players and race fans, it’s corn. Just down the street from our houses were three large farms with hundreds of acres of cornfields. Each fall, the harvest would leave lots of corn on the ground, which we’d scoop up into bags.

Armed with these grain pellets, we went off search of what would make the most noise when struck by a handful of gluten-based goodness. We usually resorted to throwing corn at house’s front storm doors or garage doors. Fiberglass and metal garage doors were the best. We’d launch a barrage of corn, then sprint for the bushes while we watched the front porch light come on and irate homeowner look around for the culprits.

With no water balloons or corn, we resorted to the sneakiest and most irritating of pranks, soaping windows. Ivory soap was the best – it applied easily and smoothly. Dial gave a blaze of yellow, and Irish Spring had a multi-color, fresh-scented touch. We’d scarf soap from the bathroom, and go off in search of cars parked outdoors. Some pranksters would soap house windows, but those had the danger of a homeowner sneaking around to catch the culprits in the act, so cars were the more vulnerable target.

One night near Halloween in 1976, there was a large party at a house down the street. The girl who lived there was a stunning beauty, and was not only Homecoming Queen, had also won the Indiana State Junior Miss pageant, so she was also technically a celebrity. With all the cars parked in the driveway, it was a target-rich environment, too tempting for a bunch of adolescent boys to resist.

A group of about 6 of us snuck toward the house. My brother Jim and I crawled along the bushes near the house. Our friends Kirk and Brett came up the opposite side. My brother’s classmates Bob and Brad brought up the rear. Armed with Ivory, Dial and Irish Spring, we set about our nefarious mission.

We started with the cars closest to the street. Some scrawled messages on the windows…with the more inventive ones writing them backwards so they would read properly from the inside of the car. Others scrawled horizontal and vertical lines to give maximum coverage in minimum time. I went for the full-coverage option, spreading wide bars of soap on the windows to completely obscure exterior vision. This was going to take time, effort and rain to get off.

As we worked our way up the driveway, we felt confident that we were undetected, because of the continued loud music inside the house. What we DIDN’T notice as we approached the cars closer to the garage was that the interior garage light had gone out several minutes ago. With Brad and Bob starting in on the cars next to the garage, the door suddenly spring open, and what appeared to be the entire Haworth High School football team spilled out, yelling,

The 6 of us scattered in different directions, hoping that the confusion would give us the greatest shot of survival. Brad and Bob went to the woods, avoiding trees and gopher holes that could prove to be their undoing. Jim and Brett went the other way, back towards Brett’s house, using bushes and houses for cover until they could get safely inside.

Kirk and I weren’t as lucky to get cover from the woods or a locked door. We ran for our lives towards the cornfield half a mile away, lungs bursting in the frigid late October air as we tried to put distance between us and the angry Haworth horde.

We could hear yelling as the older guys pursued us, but their voices trailed off as we hit the cover of the cornfield, heading down rows to gain distance, then serpentining across rows to confuse the pursuers.  As the voices faded into the distance, we slowed, then stopped to catch our breath. Kirk said, “Man, that was fun!” , exhaling clouds of mist as he stood with his hands on his knees. I had to agree.