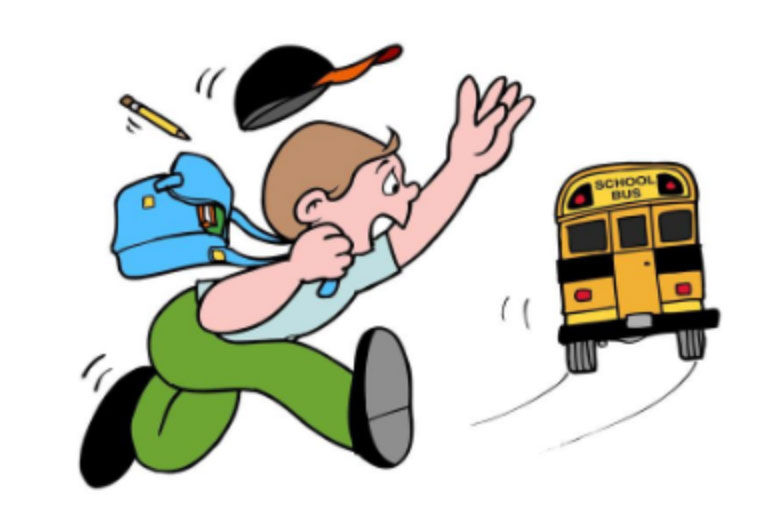 Back in school, I was a band and choir kid. From the first time we could sign up for either, I was in both. I started playing trombone in 6th grade, and joined choir as well. My parents were pleased because it kept me from getting into typical childhood mischief.

Every year, choir held special programs every few months. We had the Fall Festival, where we sang a collection of traditional and contemporary (but non-controversial) songs. At Christmas time, we held our holiday concert with the band, and performed songs with jingle bells and fake falling snow. In the later Winter months, we went to state contests for individual and ensemble performances.

In the Spring, we prepared for the big County-wide festival. Schools from across the county would get together for a day of solo, small ensemble and large group performances. I always had fun working on numbers for the events, and our school always seemed to do well at them.

In 6th grade, one Saturday morning, our choir got on the bus for the cross-country trip to Eastern High School in Greentown, Indiana. Being the mid-70s, we were dressed in the style of the time, which for the boys consisted of a belted, ribbed, blue pullover sweater vest. I think we also wore white turtlenecks, but I’ve tried to blot out that fashion nightmare from memory.

The early part of the day went by quickly, and I participated in a couple of small group performances. It was fun to navigate a different school’s corridors, and I occasionally ran into other kids and parents that I knew from church, but by early afternoon, the novelty wore off, and even the soda and candy vending machines lost their attraction.

Finally, it was time for our entire 6th grade choir to perform. We ran through our numbers (relatively) flawlessly, and our director was all smiles. I seem to recall that we won a trophy of some kind, but I was distracted while we were told to line up outside the room and prepare to get on the bus back to our home school.

I had worn a jacket to the festival, and removed it when it got a bit too hot. I forgot where I put it, so I asked one of the other kids to hold my place in line while I ran back to find it. I ran down the hall into each of the rooms I’d visited earlier, but didn’t see it at all.

Getting nervous, I ran into the bathroom to check, and breathed a sigh of relief as I saw it on a hook near the door. I grabbed it, and headed back towards the line-up for the bus ride home.

I turned the corner near the classroom, and came to a screeching halt. The choir, teacher, and parent helpers were nowhere to be seen. I scanned up and down the hallway to see where they had gone, with no success. I asked people nearby if they saw where the group had gone. One parent asked me to describe what they were wearing. I said, anxiously.”They all were dressed just like me!” They calmly replied, “I guess that makes sense.”

As I started to run down the hallway, one of the parents said, “I think they went out the door THAT way”, pointing towards the exit. I bolted toward the door, pushed it open and went outside into the spring afternoon air. There was no sign of my group, and even the bus was missing from its earlier parking spot.

Panic was setting in as I frantically scanned the horizon, looking for the bus…when I spied it driving down the access road towards the exit and out towards the main highway. Without hesitating, I sprinted towards the bus, which was at least a hundred yards away.

As I got closer, I started waving my arms and yelling “HEY!” “SLOW DOWN!”, with no success. I tried to run faster, ignoring the puddles and mud that I was running through splattering my sweater vest/turtleneck ensemble with Hoosier mud and muck.

As the bus got closer to the exit, I started to feel defeated and wonder if I was going to have to walk 20 miles to get home, when I noticed a few kids waving their arms out of the back window. I put on a burst of speed to try and narrow the distance, waving bigger and yelling louder as my life depended on it.

At some point, the kids in the back of the bus must have caught the drivers’ attention, because the brake lights lit up and the buses’ air brakes chuffed as it came to a stop. I ran around the back of the bus, up to the door, which opened as I collapsed against the side.

The bus driver said, “Well, are ya gonna get in?” I grabbed the rail, pulled myself up the stairs, and walked down the aisle to find an open seat. I sat down to a round of applause, while one of the parents said, “I’ve never seen a kid run that fast. Are you on the track team?” I glared back and slunk into my seat for the ride home.

When we pulled up to the school, we filed off the bus to our parents’ waiting cars. My mom saw my muddy outfit, and said, “What happened to you?”