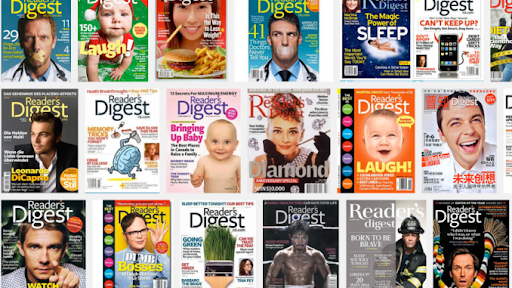 Despite growing up in a small town and skipping kindergarten, I’ve always had a large vocabulary, even if I tend not to use it. When writing, I often say, “Never use a three-dollar word when a 50 cent word will do.” Still, as a kid, I tended to punch way above my weight class when it came to words, even if it got me into trouble from time to time.

I started reading at an early age, and quickly advanced beyond “Fun with Dick and Jane” and “See Spot Run.” I moved on to Dr. Seuss and the Bernstain Bears, and when that wasn’t enough, moved on to stronger stuff. I would read the Funk and Wagnalls encyclopedia for fun, and even turned to reading the back of cereal boxes when I couldn’t get my hands on an actual book. It became an addiction that I struggle with, even to this day.

What I didn’t have at the time, however, was a good understanding of pronunciation. At dinner, I’d use a word that I’d learned earlier in the day, but mangle its pronunciation so badly, it was hard to tell what I was talking about. “Bolero” became BOWL-er-o. Oregon became “or-REEJ-on”. I’m still trying to live down my original attempt at “Grand Prix.”

Still, I kept on reading. I was thrilled when we got a subscription to “Reader’s Digest”. I’d read it from cover to cover every month, laughing at “Life in These United States” and “Humor in Uniform”, thrilling to “Drama in Real Life”, and puzzling my way through articles like “I am Joe’s Pancreas”, especially since I had no idea what a pancreas was.

I particularly liked “It Pays to Increase Your Word Power”. Each month, there would be a list of a few dozen words, and a quiz to guess their meaning. I’d rush through the quiz to see how smart I was, and if I could guess the meaning of the word correctly. Frequently, I could get it right, but just as often, I would miss something important.

I could read and (eventually) pronounce the words, but at that age, I lacked a filter as to when it was appropriate to use them.

That became painfully apparent when I was 10 or 11. I went to church every week as a kid in Kokomo, Indiana. My family went a LOT. We went at least once in the middle of the week, and twice on Sunday. In fact, I don’t think I ever watched the Wonderful World of Disney on Sundays, unless the roads were closed due to snow.

One mid-week event, Roger, the youth group leader, took a group of kids to play miniature golf at Delco park. We fought our way through water hazards, small rolling hills and the formidable windmill obstacle, when a sudden summer storm blew up, and Roger herded all of us back to the cars, and the chaperones drove the kids back to the church until time for the parents to pick us up.

With no board games or toys to keep us occupied, Roger wheeled out a portable chalkboard, grabbed some chalk and said, “Let’s play Hangman!” Now, today, that game is kind of morbid, but Wheel of Fortune hadn’t been invented yet, so we counted off to give each kid a chance to stump the rest of the group with their words.

A few kids went down quickly – “Horse”, “River” and “Church” were guessed before we ran out of chances. Next, it was my turn. Emboldened by my newly-found vocabulary skills, I thought of a word that NOBODY would guess.

Kids started taking their shots, determined to guess the word. I stood there, smug in my 10-year old ability to defeat the rest of the kids, even if some of them were two years older. The first guesses failed rapidly.

“S” – Uh-oh, they guessed a letter. Two, in fact. The board now looked like this:

I won! Nobody guessed all the letters. I smiled and reveled in my ability to stump not only the kids, but the youth director as well. They all looked at the board, and Roger said, “Can anybody guess the word?”

“Synopsis?” Roger piped up with a harder word- Too many S’s, and not enough letters.

Roger looked at me, with his head slightly tilted, because he was definitely at a loss. “What WAS your word, by the way?”

I grinned like a Cheshire cat, fueled by my vocabulary skill.

The room got deathly quiet. Not only could you have heard a pin drop, you could have heard chalkboard dust falling in the heavy silence. A couple junior-high age kids started to giggle. The other kids mumbled to each other, trying to figure out what was so funny. Roger broke through the chatter.

“Where DID you hear that word?” he demanded.

“It was in Reader’s Digest!” I shot back, trying to defend my position.

Roger glared – “Just wait until I tell your mother!” He quickly came up with a new game, and kept a watchful eye over me the rest of the time at the church.

When Mom came to pick me up, I saw Roger talking to her in a hushed but emphatic way, with lots of big gestures. I couldn’t make out much, but I distinctly heard the words “unbelievable” and “appalling”, and could tell that he wasn’t happy. Mom led me to the car, and tried to lecture me, but I could tell she was having a hard time keeping from laughing. I didn’t know what was funnier to her – the fact I used that word in a game, or that I got Roger so worked up. I have since, however, tried to be smarter about what I read, vs what I say.