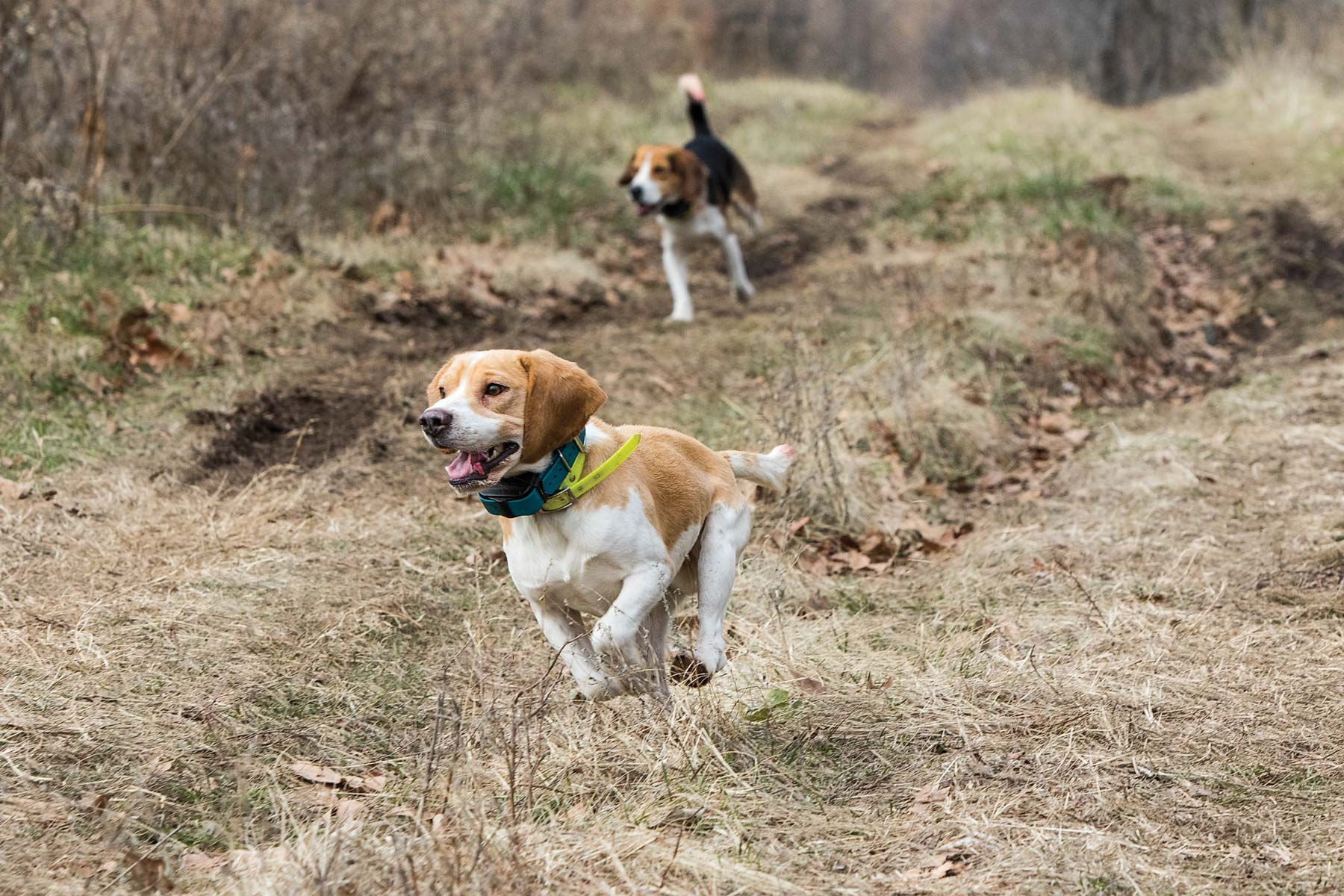 Cindy was a beagle. Well, mostly beagle and a little bit of terrier mixed in. She was a great dog for a couple of teenage boys and followed Jim and me everywhere. She would perk up every time we’d mention the word “rabbits”, especially if we said it as we headed toward the door. Going outside meant getting to chase rabbits, squirrels, or at a minimum, a well-thrown tennis ball.

Cindy LOVED to chase after rabbits. If one took off nearby, Cindy would gear down and chase after it, with her little legs churning like a fur-covered piston engine. Even if she came up empty-handed (pawed?), she lived for the thrill of the hunt.

My brother Jim loved hunting, too. Prior to getting Cindy, we were limited in our firepower. For Christmas a couple years before, we each got matching Daisy BB guns. It didn’t take long until we figured out how to maximize their power and accuracy, but paper targets eventually became a bit boring.

That’s when we upgraded to shooting tin cans off the edge of the porch, and when that lost its luster, we tried to hunt actual critters like birds and squirrels, but the BB guns lacked the power and distance necessary to take down wild game. We ended up shooting at each other, with the casualties being mostly a red welt or two, but we all made it through with eyes intact.

For Jim’s 12th birthday, he got a .410 Remington pump-action shotgun. He wanted a 12-gauge, but that was way too much power for a pre-teen to handle, let alone any local wildlife. Hunting squirrels and rabbits with a 12-gauge shotgun would be the equivalent of nuking them from orbit….even if that was the only way to be sure.

After the parents made sure that Jim was being careful with the shotgun, they let him take it out to hunt rabbits up by the railroad tracks about a mile away. Trains rarely came through, and the area was deserted enough that any stray shots wouldn’t endanger any people or pets. (With his aim, the rabbits were pretty safe, too).

Now that Jim had a proper hunting tool to go with his proper hunting dog, he called to the dog, “Cindy! Want to go get some….rabbits?” Cindy bounded down the hallway and towards the front door. Jim put some shotgun shells in his pocket and grabbed his Remington off the rack.

We put on our coats and headed down towards the railroad tracks, with Cindy leaping back and forth in front of us, trying to scare up some rabbits. We walked down the side of Malfalfa road towards the Norfolk Southern rail crossing, where we were sure to find lots of potential targets.

Cindy’s fur stood up on the back of her neck while she ran along, nose to the ground, trying to pick up the scent of prey. Jim and I walked along behind her while Jim loaded a shell into the chamber of his Remington shotgun, and got ready to shoot.

We heard a thrashing in the nearby weeds as Cindy disappeared into the thicket. A big gray hare shot out into the clearing, and Jim took careful aim, leading the rabbit just enough, and zeroing in on the target, he held his breath and pulled the trigger.

BANG!!! The rabbit dove for cover in the ditch, and we lost sight of it pretty quickly. We looked around for Cindy, but couldn’t find her. Fearing that Jim may have accidentally shot the dog, we scoured the bushes for an hour, looking for Cindy, but she was nowhere to be found.

Disappointed in the lack of hunting success, and worried about the dog, we hiked the mile back home, took off our coats, and Jim put the shotgun away. Mom called from the kitchen. “Did you have fun?” Jim and I looked at each other nervously, not quite wanting to say that we couldn’t find Cindy.

As Mom fixed dinner, we heard a scratching at the front door. We opened it up, and there was Cindy, in perfect health, but she looked frightened. It didn’t take long to realize that, having never heard a gun before, that the loud noise scared her so much that instead of going after the rabbit, she high-tailed it straight home.

After that, Cindy was very wary of even the hint of going hunting. If Jim walked by with his shotgun, Cindy would hide under the table. If I mentioned the word “rabbits”, she would begin to shake nervously. We decided that Cindy would retire from her hunting dog status with a record of 0-1. It was probably for the best.