Back in the 1980’s, I was an MP, stationed at Fort Belvoir, Virginia. I was “sort-of” a police officer, running traffic enforcement,  responding to alarms and urgent events and breaking up fights at the local Enlisted club.

In reality, traffic enforcement usually consisted of being lectured as to why I couldn’t write a ticket for running a stop sign, because the driver’s husband was a lieutenant, and clearly outranked me. The only alarm I ever responded to was triggered by the cleaning guy (armed with a deadly vacuum cleaner), and breaking up a bar fight was preceded by doing a thorough check of the squad car and a leisurely drive over to the club, by which time the two participants had used up their energy on each other, making it easier to get them in the car. 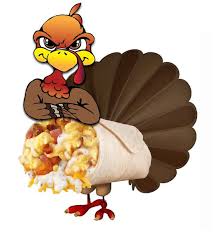 With a job this exciting,  one day I was surprised to hear the shift officer ask “Who here can swim?” Forgetting that you’re not supposed to volunteer for ANYTHING in the military, my hand reflexively shot up in the air. Before I could re-think my reaction, I heard, “Hollingsworth! Get over to the pool!”

Because the Government cut back on money for contractors, they started using service members for jobs that were normally filled by civilians…which now included the job I just ‘volunteered’ for…..lifeguard.

So…instead of attending daily formations, regular haircuts and uniform inspections, my job consisted of rolling out of bed at 5AM, staggering over to the pool and running the vacuum. From 6-8AM, I got to nap in the office while the swim team and coaches took over the pool…then from 8AM-1PM, I’d sit in the chair for 20 minutes, sit in the office for 20 minutes, then have 20 minutes free every hour. After that, I was free for the rest of the day. No shift work, no weekend work, lots of free time.  Sounds perfect, right?

The one downside of working at the indoor pool was that….we were open on holidays.  This was my first real Thanksgiving away from home, so while it was a bit lonely, it gave me something to do during the day. One thing that military bases try to do is to provide some level of support for soldiers who are far from home, with some families hosting soldiers, churches setting up special dinners, and, at a minimum, the base mess hall does a fairly decent job of putting together a Thanksgiving meal.

Since it’s a fairly formal occasion, the mess hall required anyone coming to Thanksgiving dinner to wear their dress uniform. Having been a lifeguard for 3 months, I didn’t even know where my dress uniform was…but once I hit my lunch break, I sprinted back to the barracks to dig out out my Class A uniform and dash over to the mess hall. Got there right at 11:30, when lunch normally started….and found the doors locked. Sign on the door read – “Thanksgiving Dinner starts at 1PM” – after I needed to be back at the pool.

I changed back to my pool clothes, and went back to work. Fortunately, the pool closed earlier that day (4PM), so once the lone retired guy finally finished his laps and cleared the locker room, I quickly locked up, shut off the lights, and dashed back to the barracks. I put on my dress uniform, sprinted back to the mess hall….only to see a new sign – “Thanksgiving Dinner closes at 4PM.”
I hadn’t had any food all day.

With all the press these days about stores being open on Thanksgiving day, it’s sometimes hard to imagine what it was like in the 1980’s. NOTHING was open on Thanksgiving Day, and Fort Belvoir was pretty much a ghost town. I didn’t have a car, and other than some crackers on my desk, my stomach reminded me that I needed to do something, or go to bed , and get over to breakfast REALLY early.

Just off base, at the intersection of Route 1 and Pohick Road, was the lone bastion of potential Thanksgiving Day food…..7-11. Having already gotten dark by 5PM, I started hoofing my way down Pohick Road in the dark, drizzly night towards that red and green beacon of frozen convenience food.

To say that there’s not a great selection of good food at 7-11 is an understatement today…even more so back in the 1980’s. I scanned all the shelves, freezers and bins for potential edibles. Just like the Pilgrims did on the first Thanksgiving, I had to make do with the food available. No turkey, dressing or dinner rolls for me….My lesser of food evils ended up as two microwave burritos, nacho cheese Doritos and a 2-liter bottle of Coca Cola.

I paid the cashier, slung the bag over my shoulder, and like a low-rent Santa Claus, started the 1.5 mile march back up Pohick road towards the barracks. When I got there, I was glad to find that we had a microwave oven in the break room…otherwise, those burritos were going to be a bit tough. I threw them in for 2 minutes, opened the bag of Doritos, unsealed the Coca-Cola, and proceeded to consume mass quantities. (I was really hungry).

The ‘ding’ of the microwave signaled the arrival of the closest thing I was going to get to ‘real’ food this Thanksgiving. Pro Tip: When getting a burrito out of the microwave, wait for them to cool. Otherwise, it’s hard to tell whether the contents are beef and bean….or lava. Fortunately, I had enough Coke to cool down the flood from Mordor.

So, after a long day of no food and several frustrated attempts to get it, I was at least less hungry than when I started…but realized that I was the only person in the barracks, hundreds of miles from home. I called my parents (collect – it was the 1980’s, remember?) and they got to hear me lament about how lonely I was on this Thanksgiving Day.  They reminded me that, while I may be away from home, they still cared about me, and we’d be able to get together soon.

While it was a lonely day at the time, thirty years later, It’s nothing more than a funny story today. Which, I guess, is my main point. No matter how crazy, depressing or lonely a situation may seem, given enough time, you can look back on almost anything. Fondly.

Have a Happy Thanksgiving, everyone.

My first book, “Get Out the Door!” is available NOW on Amazon.  If you’d like a FREE preview, subscribe for updates at the upper right of the page, and I’ll put you at the top of the list!