There’s an old saying about skydiving that only a fool would jump out of a “perfectly good airplane.” Well, count me as a fool, because I let a bunch of friends convince me that skydiving would be an awesome adventure.
We all piled into our cars and drove out to the local grass-strip airport with a peeling “Learn to Skydive!” sign on the barbed wire fence. It was a beautiful summer day,  the sun was shining in the summer sky, with the clouds drifting lazily across the horizon. 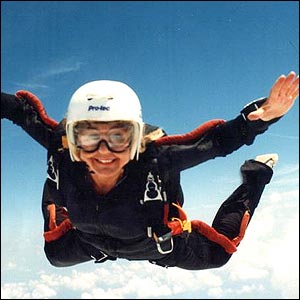 Only a fool would jump out of a perfectly good airplane.