Get Out the Door! (the book)

I’ve never thought of myself as an athlete, and to look at me, you wouldn’t think so, either. In 2012, I was 51 years old, 80 lbs overweight, depressed and dealing with a ton of personal challenges. By 2014, I went from being a complete couch potato to achieving several goals that would be the envy of many athletes. 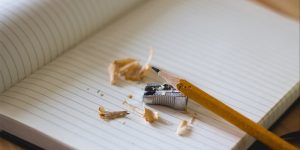 By Thanksgiving of 2012, I was sick and tired….of being sick and tired. I knew I needed to change my eating habits, but didn’t have any motivation to do it. I got on the scale, and it hit 250.5 lbs. At 5’9″ (on a good day), that was way over where I needed to be, and I decided that I needed to make some changes.

All through 2013, I used a number of tools to help me focus on eating better, and slowly increasing my exercise. There was nothing exciting or novel about it, I just focused on doing the basics right…and a little bit better each week. When I started exercising, I would just walk, but decided that I needed to increase my intensity, so I ran….or more accurately, jogged….all of 60 feet.

So, when 2014 rolled around, I had BIG plans for the year.  The last week of January, I competed in a rowing competition at the Washington, DC area Erg Sprints. I didn’t win, but I placed well within my age group. On February 3rd, I ran up the Empire State Building, raising $5000 for charity. In April, I completed my first Sprint triathlon. In May, I completed the Assault on Mt. Mitchell, one of the toughest bike rides in the United States. In June, I finished my 2nd Sprint triathlon.

In October, I wound up the year by entering and completing the Marine Corps Marathon. I was interviewed on Comcast SportsNet for television and treated as a VIP runner by the organizers, meeting Medal of Honor recipient Kyle Carpenter and actor Sean Astin (The Goonies, Lord of the Rings, Rudy).

It was an incredible year, and the completion of a 10-year journey to reach that goal….but it was never about winning. I never won a race, and in fact, never finished anywhere near the front. Even though the triathlon swims were short, I flailed so badly, I had race staff asking if I needed assistance. It was like throwing a cat into the pool. There was a lot of activity, but little forward progress.

During the Assault on Mt. Mitchell ride, my legs cramped so bad that I had to walk the bike for a good portion of the last 10 miles. The SAG van followed me like vultures waiting for the end. Just a mile from the finish, my calf cramped and I collapsed near the end of the ride, nearly getting pulled off the course for going too slow. In fact, I was the last official finisher that year.

Two weeks before the Empire State Building Run-Up, I broke a toe, and instead of going to the doctor, I just looked up ‘What to do about a broken toe’ on WebMD. When I found the answer was “tape it to the next one”, I did that, and modified my ‘run’ to a 2-step at a time hike. I finished near the back of the pack.

In the Marine Corps Marathon, I felt good at the start, but didn’t hydrate properly, and pushed too hard at the beginning. By mile 17, I was reduced to walking and getting yelled at by elderly runners who felt I was slowing down their PR.

In the end, however, I finished all my races. I had been looking forward to completing these goals for a long time, and when I share how far that journey took me, you might think that I had some long term goal-setting strategy or coaching that helped keep me focus.

The truth is, however, I didn’t. I knew where I wanted to end up, but in the beginning, it was just an idea or silly daydream. I had no idea how I was going to accomplish one, let alone all of those goals. The exciting thing is – I never set out to run a marathon. I just kept doing something every day that eventually got me to where I wanted to go.

Where do you want to go? Do you have big dreams that seem overwhelming when you try to turn them into action? Do you have trouble seeing yourself achieving what you’ve always wanted? Maybe you’re looking for some secret formula that will put you on track towards your goals – some powerful technique that guarantees your success. Maybe you are looking for a muse to inspire you to bigger and better accomplishments.

The fact of the matter is that there are very few secrets on the road to getting what you want, and if someone claims they’ve found the secret (and want you to pay for it), you’re likely to be disappointed, with a bit less money in your pocket.

That may seem like a strange way to begin a book – if I’m telling you in the very first chapter that there are no secrets, you may not want to go to the next chapter. That’s right. There aren’t any secrets. If you’re looking for those, I’d put this down now, and get a different book from the philosophy section. There are, however, some revelations I’ve discovered, some lessons I’ve learned (many the hard way), and a journey that has more dips, turns and drops than many roller coasters.

My journey may be unique to me, but I believe that our stories are very similar. We all want to go places that we’ve never been. We all want to achieve things when others may doubt our ability or commitment. We all run into obstacles or setbacks that make us wonder if the goal is worth it.

I’ll tell you up front. The path to your goals is rarely a straight line. It’s full of obstacles, nay-sayers, left turns and self-doubt. It was hard for me to stay focused on the ‘big’ goal when every day life kept throwing little things at me that tried to knock me off-balance. I was never consistent about writing down my goals, throwing myself into my workouts, eating perfectly or leveraging others’ experience.

The one thing I did, consistently, was…

Get out the door. After that, everything else was easy.

If you want to stop here, you’ll be OK. You’ve already got the primary message of this book. If you move on now, however, you’ll miss out on what happens next – or really, what happened FIRST – that put me in the condition I described above. You’ll also miss out on how to take what I’ve learned, and apply it to your own circumstances, and that would be a shame. I’d hate for you to stop here, and miss out on learning from my mistakes and setbacks, and make better, faster progress on even bigger goals that I did. If you’ve got even average ability and determination, you’re way ahead of me.

Besides, it’s one heck of a story…and it happens to be true.