On today’s 9/11 milestone, it’s sobering to think about all the lives lost, sacrifices made, and heroic efforts in the wake of that tragedy. Even in scary times, however, some times, you can find a funny story (even if you would rather it happened to someone else).

In 2001, I worked 2 blocks from the White House, at 1717 H Street. Because Metro was so crowded following 9/11, I usually drove into the office – they had roadblocks up and you had to show an ID to get into the area near the White House. 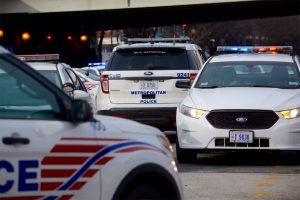 About 2 weeks after 9/11, my car battery died in the garage, and I got the garage guys to jump-start my car. Started up the ramp, and it died again. Fearing an alternator problem, I told the guys I was just going to call AAA. They convinced me to try just one more time. The car roared to life, and with careful revving of the engine, I rolled out on to H street, turned right on 17th, and when I got to the intersection of 17th and Pennsylvania (right next to the WH and Old Exec Office Building)…..

The car died.
In the middle of the intersection.
Right next to the White House.
2 weeks after 9/11.

Not only was it dead, but the windows wouldn’t even roll down. Being an ex-MP, it wasn’t hard to spot uniformed and undercover cops and Secret Service…who appeared out of nowhere and swarmed my car.

Keeping my hands in the air, I yelled that my windows wouldn’t go down…and, after several tense exchanges….they let me open the door. In between a lot of commands, frantic explanations and general yelling, they let me call AAA….and it took 45 minutes of blocking the intersection at rush hour (2 weeks after 9/11) to get my ’96 Dodge Intrepid out of the intersection.

Car got towed to a Dodge dealership, alternator and battery got replaced….

Next day, I traded the Dodge in for a new car. (Not a Dodge).

I’m sure my name is still on a list somewhere.