It’s been about 5 years since the Disney movie “Frozen” came out…but it popped back up in the news because of some uninvited flag waving: (NOTE: No matter what political party, product or web site you’re promoting, nobody wants you to block their view of Olaf). While the flag incident was an interesting news blurb, I didn’t think much about it, until I heard the big song from the musical pop up in my iTunes playlist. (Yeah, I have Disney show tunes on my iPhone, I’ll admit it). 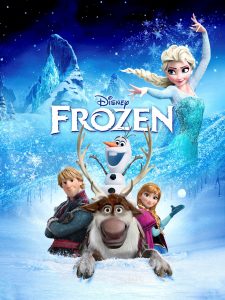 How many times have you let other’s perception or expectations of you push you in a direction you didn’t want? Did you feel better later…or did you feel like you sold out (again)?

How many times have you let someone else’s actions get you all wound up? Last week, I was headed home from work, and dutifully following the zipper merge on a road near my house, when someone flew by me, leaping the line by several cars, and cutting me off so quickly, I had to slam on my brakes. I felt myself getting really wound up, when I thought….

Let it go…let it go…

There was nothing I could do to make the situation better – the car was already in front of me, and if I honked, swerved or waved (even if I used all my fingers), it would only get worse. I sighed, took a deep breath, and took the next turn towards my house…realizing that I only had 2 more blocks to go – the person who cut me off, may have had another hour or more in typical DC rush hour traffic.

The next time you feel yourself moving in a direction you don’t want to go for fear of not living up to someone else’s expectations, just let it go. In the long term, you need to do what’s best for you. If a situation is no longer rewarding, perhaps it’s time to let that go…and move towards something where you’ll feel more engaged.

The next time someone cuts you off in traffic, realize that it has nothing whatsoever to do with you…in fact, that person has forgotten all about you, and is working on making the NEXT driver mad. You’ve got better things to do.