Who do you work for?

Some days, I wonder what I’d do without technology. Other days, I wonder who’s in charge. Every so often, I have to streamline what tech tools I’m using – some applications have become too intrusive to manage, some no longer add the same value, and some, I’ve just lost interest. That’s true for most shiny objects – initially, they’re not important…..but once word gets out, they become desirable, then a must-have, then become all-consuming, pushing other, more important things out of the way. 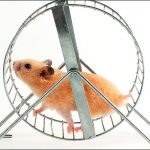 How many of us went through that cycle on AOL, MySpace, Facebook, Tumblr, Pintrest, etc? When I check in on FB, I see yet another message from someone either claiming victory or frustration on their current level of CandyCrush….and how they don’t have time for anything else. Game designers know this – if you have an intermittent reward, people will invest more and more effort to get to that next ‘fix’. The parallel to drug addiction is deliberate – when your brain recognizes pleasurable behavior, it will start re-wiring things until the reward is all-consuming. Cigarette smokers know this all too well. It even happens with food – I had a really hard time getting my weight under control until I realized that I was managing stress with food. It initially made me feel better, but over time, the ‘reward’ became the primary goal, and didn’t really deal with the overall problem, which never got better until I started dealing with the stressor. Once I did that, other things got a LOT easier.
If you read Charles Duhigg’s The Power of Habit, or David Kessler’s The End of Overeating, they each have interesting discussions on the connection between behavior and brain, and for good or bad, just how powerful that connection can be. Technology can either help make things better, faster, cheaper or more fun…but what starts out as useful or fun can sometimes become an end in itself. So, the next time you find yourself having to ‘check in’ on Facebook, comment on someone’s LinkedIn posting or get ‘just one more’ level on CandyCrush, ask yourself if that’s taking you where you want to go, or just taking you for a ride.