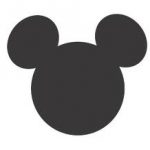 I’ve been on vacation out in Southern California over the past week, several days of which were spent at Disneyland and other Southern California amusement parks. My son and I being major roller coaster fans, we’ve been to a number of amusement parks around the country, always seeking the fastest, tallest and wildest rides possible….and while Disney doesn’t compete head to head in the thrill ride category, I am always struck by their constant striving to make the customer experience a positive one.
First off, Disney doesn’t do discounts – they do some minor discounting through tour operators and multi-day / park tickets, but they don’t compete on price. The other parks discount anywhere from moderate to significant price reductions. For the thrill ride park, we paid about 1/2 price just by getting the tickets on line. For the movie park, we found a deal to get a years’ pass for the same price as a single-day ticket. But….Disney is able to command near full-price for all tickets. Why is that? I think that it’s because they focus on the whole experience, not the individual thrill ride. As thrills go, Disney’s are moderate at best. What they do is package the experience so well that people come back year after year, generation after generation to have that experience.
Waiting is the bane of all amusement parks, and Disney seems to do that better, too. From using FastPass to cut down on queue times, to the entrance, wait, ride and exit, it’s all part of the show. At the other parks, it was just a line. In both other parks, there was a lot of upsell of ‘Front of the Line’ access (at double or triple the ticket cost), and it was advertised at every ride.
Speaking of advertising, that’s another difference – all parks have ‘in-house’ advertising – touting other attractions in the park, related shows, movies or merchandise…but one park took it to a whole new level. From the time I entered the park, I was bombarded by advertising….for things that had nothing to do with the park. I saw ads for food (not sold in the park), clothing, hair care products, and even ads in the rest rooms. In the ride queues, the video monitors blared commercials constantly. In addition to the ads, one ride was blasting ‘house’ music so loudly, that by the time I got on the ride, I was happier that I didn’t have to listen anymore than I was to go on the ride.
I noticed that behavior was better at Disney than at the other parks, from both park staff and customers. If I had a question @ Disney, a cast member was eager to help out, or find someone who could. At the other parks, employees were distracted, and more than once I got just an ‘I don’t know’ as an answer. Guest behavior seemed to follow the same pattern. The further we got from Anaheim, the more the parks seemed like permanent county fair installations (no offense to county fairs or fair goers intended).
That’s not to say that we didn’t have a good time at all three parks. We did. They all had their share of fun and excitement…..but Disney was simply the best at making the whole experience a memorable one. If all you have is a thrill ride, it’s only as good as the newest/fastest that you’ve built. If you manage the whole experience, people will still line up for rides that haven’t changed much since their parents brought them thirty years ago. So, if someone says you work for a ‘Mickey Mouse outfit’, take it as a compliment.